Am I The Meadow Or The Mountain? 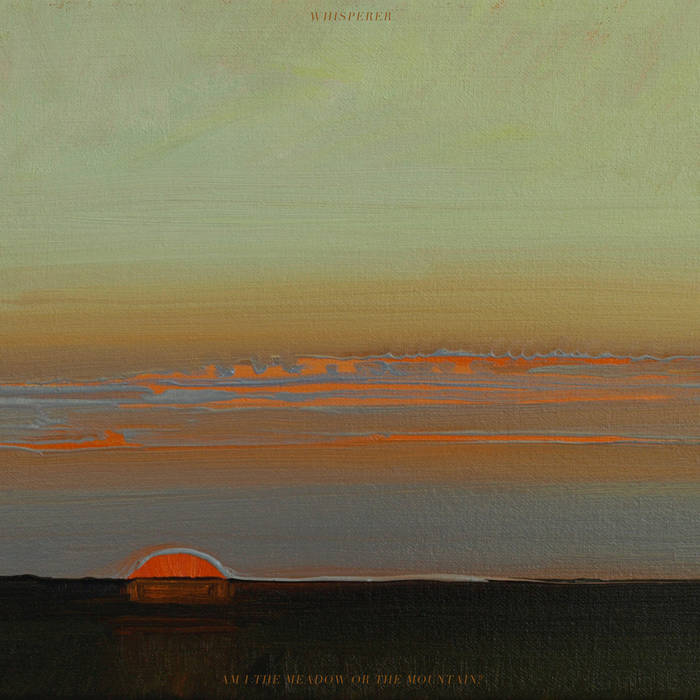 To say that Sam Fuller-Smith is my favorite male vocalist working today might sound like an exaggeration, but it isn’t. If a good vocalist is someone who recognizes their gifts and limitations and sorts out how best to work within those boundaries then Sam is in the enviable position of possessing not only an effortless tenor but a craftsman’s command of that tool. None of the pitfalls of the typical modern male vocalist, the over-annunciation, the pinched whine, the emotionally empty affectation, are to be found here. Instead, there’s only a pure reed of a voice and its methodically constructed accompaniment. Fuller-Smith achieves a delicate balancing act in that his songs are impressionistic yet direct, even deceptively so. They don’t tell stories nor are they about particular situations, but are the stuff of his experiences and his attempts to work through the way he encounters them. They are forward-looking and modern despite being rooted in the past. To me, that makes them timeless.

Though Fuller-Smith’s life has spanned the United States (Seattle, Lawrence, Nashville and Raleigh from West Coast to East) I find his music uniquely evocative of the Midwest. This is American Music without being Americana. It bears none of the tired genre-markers of that over-conscious, overwrought and increasingly closed system. It might sound tired to say that the low rumble running throughout the background of opener “Don’t Be a Stranger” isn’t unlike big rigs crisscrossing the American Steppe; or that everything about these recordings brings to mind the long drives between East Coast and West, specifically that terrain of wind turbines and grain silos one encounters crossing Iowa. Maybe it sounds cliché, but it feels right. The sparseness of these arrangements brings to mind a landscape equally spare.

Fuller-Smith wrote these songs in Seattle after moving back there from an interlude of a few years in Nashville. Sam would venture to Nashville from the Pacific Northwest several times from 2016-2018 to put this music down with engineer, multi-instrumentalist and friend Rodrigo Avendaño; two sessions of four songs each, followed by two overdub sessions. The duo work fast and don’t question much. This is borne out by the effortless sound of the recordings. Nothing feels fussed over. Every decision made seems inevitable. For me, their work brings to mind the too-brief working relationship of Damien Jurado and Richard Swift; one is the songwriter, the other the sonic architect.

If there is a mountain in these meadows of song it is the trio in the center, beginning with the misty “You Were On My Mind” and its harp-like banjo wanderings. In an album full of perfectly placed production and arrangement touches this triptych is the pinnacle. One of the most sublime moments comes when “I Have to Believe”, a meditation on faith and its manifestation in love, begins with only hushed guitar and voice before being swept up just past the halfway mark by a current of plucked strings and percussion and carried through the instrumental back half of the tune casually hurtling toward a cluster of ambiguous Mellotron flute notes before disappearing completely. Each time this point comes I’m caught by surprise and left to think “how did I get here?” “New Shades” rounds this movement out, balancing shimmering Fender Rhodes with single-note guitar and a minimal tom beat.

There are other musicians on the record, Margo Price’s pedal steel ace Luke Schneider and Lylas’ Kyle Hamlett among them. But most of the accompaniment is handled by Avendaño and Fuller-Smith himself. A result of this is that the tendency to go for a “band feel” is largely absent. Often there’s little accompaniment at all, the songs left to hang vaporous, suspended in air like some of my favorite moments from the late Talk Talk albums. When other instruments are employed they make their appearance with conspicuous inevitability. No notes are wasted here.

Fuller-Smith says these songs are about “trying to capture lost time, feelings of longing, not knowing one's place” as well as “uncertainty and searching and feeling a little lost”. These emotions are felt acutely throughout. And yet this collection of moody ruminations ends with what starts as a whisper before erupting into an explosive declaration of hope. Closer “I Am Here Now” recalls all the best things about the Velvet Underground, as if “Heroin” had been recorded with the refinement of their eponymous album. Its triumphant squalls of feedback leave me with this feeling: sometimes all you can do to escape the gravity of old emotions is to destroy the things that trigger them, with love.

Sam Fuller-Smith is a songwriter and singer who's been recording and performing under the name Whisperer since 2014.

Track Name: Don't Be A Stranger
how long has it been?
winding road ahead
how far is the end?
calling sparrow sent
you must have seen too much
I must be losing touch

when does the lighthouse turn it's gaze
for your returning to where it is you stay?

right now, the sirens end
have you seen trouble there?
hold on...something's burning
it must be winter again
these passing strangers have a way of
making me laugh and sigh
when I want to cry
it's the same thing every time

Oh, how the night comes waltzing through
wait for the sound and stars to follow you
curse now the daylight, bright and true
leave when you need to
but don't be a stranger
Track Name: Lullaby For A Ditch
instead of turning over solid ground
you could just stand up and look down
to see you never lost your way around
but it's a fool's game now
don't sleep away your best chance
to see the bluebird carry on
don't take it all
steal a glance
it's not an uncommon song

lullaby for a ditch
all you can do is look up

lullaby for a ditch
all you can do is look up

it's not an uncommon song
Track Name: You Were On My Mind
can't compare
haunted air
hungry for
an open door
can't relate to
common place
television stares

you were on my mind

you were on my mind

And I will not be
down on my knees for anybody
but my baby
Track Name: New Shades
I painted for you
a circle around a stone
to trace back time again
like a river runs it away
you know we couldn't stay
bent branches on a sunny day

held in our hands
the blister of chance

new shades drawn in a daze
I wonder how far we've come
Track Name: Blistered City Blues
sometimes the rain, repeating
is enough
a gentle promise to keep up
sometimes it takes the best of me
to remember:
it helps the blood get going
when it's almost morning
to race for the sun

Oh, the Blistered City Blues?
I know that one
Track Name: Wonder Of Day
if I step out into winter wind
in time to see
my shadow
sink
beneath the city streets
I'll know I haven't missed
the wonder of day returning home

I've turned around
to see my face reflect
the years right back to me
to see this through
what we need to do is
reach
a shore, out farther, a point of endless thought
look out, my love
look out there for me

who could have seen the wind
change in such a way
not much left now
to make me want to stay
Track Name: I Am Here Now
I cant' explain the things I see
I don't know why it's happening around me
but I am a part of it all
related to every tragedy
every fruit tree
every fire escape
every moonbeam
every broken heart
every new beat
every shoe shine
every window screen
but that's just me

I can't see down every dark street
can't walk away from everyone I meet
sometimes, looking back, i should have
stuck around
but I can't cling to memories
of voices lost and found

I am here now

Bandcamp Daily  your guide to the world of Bandcamp

Guests include Kassa Overall and Muriel Grossman, plus an LP of the week by Van Hunt.